We figure we should get out of here, head further inland, and maybe there will be some food and a nice clean bed in a room where we can lock the door. It sounds decadent and delicious to me, and I sort of cannot wait. With huge populations. Possibly more regular than John, worldwide. We just have to drive and drive. James smiles, and he pretends to do math, wetting his finger and tabulating an imaginary problem in the air in front of him.

He may be right. I used to think about it more seriously, imagining myself rolling like a weevil along the edge of the road, finally free of torment. The shock, the panic, the deep, abiding respect. Even the jealousy. Someone had finally done what everyone else could only dream of.

Boredom brings destruction in its wake. Coastal villages are still recovering from the deadly effects of Boredom. The road is kind of gross. A series of men, I suppose it would have to be, since we are puttering forward, however slowly.


It all rings false to me. Everyone is everywhere. A few of them did opt for the cots back at the shelter. Poor thing. This is the statistic that is looking to claim our aging, musty bodies: the danger that befalls people in flight from other danger. Sure you are. 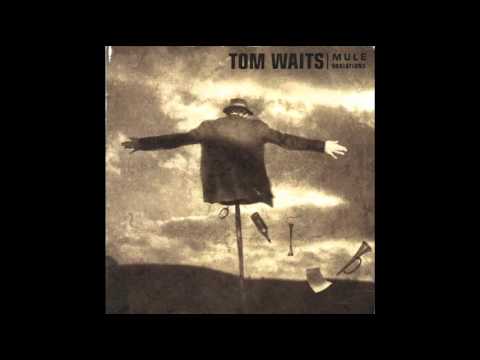 James is like some harassed sea creature, hiding behind a rock. I rub his neck, smooth down the back of his hair. I need my driver alive. My poor, poor driver. By taking care of him I take care of myself. If only I could see. I mean, right? What you could do is call some hotels or motels up ahead, to see if we can get a room. Both lines are busy when I call. I keep trying, and meanwhile I pull up the map on my phone, but my signal is getting spotty, a single bar flickering in and out, and the image of where we are never quite comes through.

James pulls over at a gas station and we get chips. Lots of them, the sort we rarely allow ourselves at home. All bets are off. I would inject drugs into my face right now. I would drink gas from the car with a straw.

I picture plates of unspecified steaming goodness. Salty, crunchy objects littered over wet mounds of something achingly delicious, with sauce, with sauce, with sauce. Polenta with stinking Gorgonzola, maybe, and a fork-tender bone of meat from some brave animal. A shank, a leg, a neck, cooked for four years in a thick mixture of wines.

James seems to register my reverie and insists again that we keep driving. Have to have to have to. He slaps the steering wheel. The deepest kind of etiquette. The world would undergo a near-total vow of silence. Perhaps that would be a desired outcome. Perhaps a special island could be set aside for the solution-proffering people, who would slowly drive one another to murder. That would solve so many problems. The problem of hunger, the problem of exhaustion, the problem of claustrophobia in this goddam coffin, and the very real threat of escalating discord between driver and passenger.

Eating will make us tired. Where will we sleep? I hate being the only one who thinks about these things. You said it. How does it make me sound like anything? I am all-powerful. James is quiet for a while. The rain is thundering down on us. The wipers are going so fast across the windshield it seems they might fly off the car. When Exit 49 suddenly appears, James veers cautiously down the ramp and pulls the car over in the grass of an intersection. Could we maybe fight later, when we get home? We can still drive after that.

We just have to get out of this rain for a minute. No arguments. We find the restaurant and get a table near the fireplace, which turns out to be just a storage nook for old copper pots. The waiter is a boy. Not an infant, but not exactly a man. Somewhere in that intermediate gravy. Can one say no? I wonder. No, thank you, we are not.

JORDAN DAVIS’ “TAKE IT FROM ME” HITS NO.1

We have failed to weather it and now we are here, in your restaurant. The food that comes out is not disgusting. Sweet and hot and plentiful, moist in all the right places. It goes down pretty heavily, though, and I feel the day starting to expire, begging to end. James was right. The druggery of road food. We eat in silence, listening to the rain. There are beds in jail.

New people to meet. A television above the bar shows a woman in a raincoat being blown off her feet. The clip must be on a loop, or else she keeps getting up, saying something desperate into her microphone, and then falling back down again. For a moment, as she blows sideways off the screen and surrenders herself to flight, her posture is beautiful, absolutely graceful. If you were falling from a cliff, no matter what awaited you, you might want to think about earning some style points along the way, turning your final descent into something stunning to watch.

On the TV, there is nothing to learn about the storm, nothing to know. Does this number describe the storm? What are we to make of it? In the car, we think it over. The driving is dangerous, if not impossible. We are exhausted beyond belief. I suggest, as tentatively as I can, that it is not unreasonable to think that we could sleep in the car.

Our seats recline, like easy chairs, and if we found somewhere safe and quiet to park we could ride this out until the morning, maybe even sleep well. Then we could drive all day and maybe get to somewhere where they have rooms. The sun might be up. The world might have ended. But at least it would be tomorrow. Tomorrow seems like the only thing that will solve anything, ever. Along comes tomorrow, with its knives, as someone or other said. It seems as though James may have given up. Sleep on the side of the road?

In the car? But sleeping in the car is the next best thing right now. It starts to sound nice to me, really appealing. Like going to the drive-in, but without the movie. Like going parking , which we must have done once, in another life, before our bodies took on water and started to sink, before the spoil grew like mold in the backs of our mouths.

James seems to think about it. You have to pull your weight. He laughs. We put our seats all the way back and James pulls out a bar of chocolate from the go bag. I want to rub it all over my face. James peers deep into the bag, rummaging around with his hand. Sadness and real life. This is my sweet man. So weird sometimes. So uncommon. And he steered us here, to safety, where we can eat our sweets and surrender to the night and everything will be so goddam swell in the morning.

Even as the rain seems to be crushing the car, one hard bead at a time. Not the rain. Boris is doing this to us, the motherfucker. The seats are a little bit divine when you tilt them all the way back. A little bit like first class on an airplane, which we experienced only once, and by accident, because of a mistake by the sweethearts at the gate.

It remains a sort of benchmark for comfort outside the home. I listen to his breath and it sounds all right. Say that. Make it so. We settle in, and I guess we are maybe trying to fall asleep, but I feel too vigilant. It is big and soft and I pull it over to me, get it in close against my chest. No one knows about us. I wish I knew how to say it better. How come so many things can sound mean and nice at the same time?

I crawl over the seat, wrapping up against him. Let me settle in here with you for a bit. Why not? It feels good to snuggle him. Warm and just right. James is thinner than I remember. I can feel his bones. I can hear his voice grow thin. Not ready to be alone. May 28, Issue. By Ben Marcus May 21, Illustration by Paul Sahre. Audio: Ben Marcus reads. Where r u? Recommended Stories. Sign in. Get the best of The New Yorker in your in-box every day. Privacy Policy.

Matthew Perryman Jones - Take It with Me

Was that ever competitive? Johnny is seven years older than Danny and five years older than me. By the time we were just becoming teenagers and getting serious at piano, Johnny was already way ahead of us. None us were really at his level of musicality. It was more helpful having Johnny and Jesse around when their level of musicality was much higher so they could help us and teach us some of the theory and other stuff.

So the video for "Take It From Me" was directed and edited by you guys. You really play up that ego theme with the big, inflated heads. Was it weird acting in CGI, knowing that it was going to be edited later? It was actually way easier. I hate videos where we have to act. It's out!! Did you write most of Egomaniac on the road? Some of it was from the road.

All four of you guys wrote and sang on this album?

Yeah, this one is a lot more evenly distributed. On Lunatic , everyone still wrote songs and everyone had some lead vocals but it was mostly split between Jesse and I for the lead vocal department. On this album, everyone who wrote a song is singing lead on that song. We write our own songs and bring them to the table.

Do you all decide on a concept before writing your own? We just all go off into our own spaces and write our own songs, and then when we bring them to the band for arrangement and production in studio, we start to see where the album might go. For instance, on this one, without too much influence from each other, we started to see this theme in a lot of the songs that were written by all of us on Egomaniac.

We chose "Take It From Me" as the song that best fit into that theme of egomania. Why do you think you all came up with the theme of egomania individually? Basically just by existing. If you have an inkling of self awareness, you start to see that ego manifest in yourself. You can just feel it. But this is even taking it further that every person is an egomania in their everyday life. They are completely self-centered.